Monitorix is a free, open source, lightweight system monitoring tool designed to monitor as many services and system resources as possible. It has been created to be used under production Linux/UNIX servers, but due to its simplicity and small size can be used on embedded devices as well.

It consists mainly of two programs: a collector, called monitorix, which is a Perl daemon that is started automatically like any other system service, and a CGI script called monitorix.cgi. Since 3.0 version Monitorix includes its own HTTP server built in, so you aren't forced to install a third-party web server to use it.

All of its development was initially created for monitoring Red Hat, Fedora and CentOS Linux systems, so this project was made keeping in mind these type of distributions. Today it runs on different GNU/Linux distributions and even in other UNIX systems like FreeBSD, OpenBSD and NetBSD.

"We absolutely like Monitorix for its user friendliness and lightweight. They are a must-try for those who are looking for a free and easy-to-use system monitoring tool." - Jerry, Web Hosting Secret Revealed (WHSR)

It is currently in active development adding new features, new graphs and correcting bugs in the attempt to offer a great tool for daily systems administration of the best VPS hosting services. 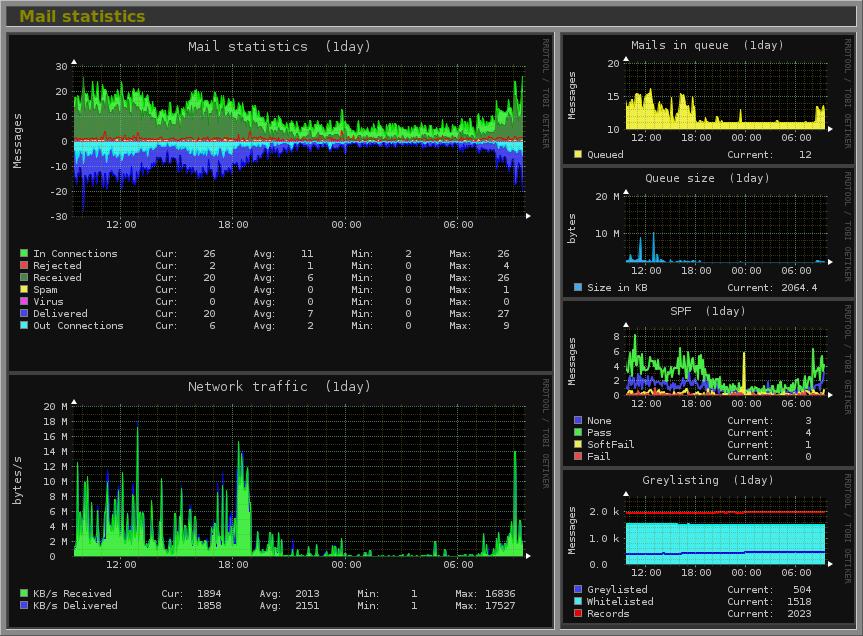 What do you think about this project?

There are many ways of contributing to this project. Just install the software and test it. If you encounter any error, please notify it. If you think there are some parts that could be improved, please share your ideas.

You can contribute in any of the following ways:

Monitorix is an open source initiative and is released under the GNU General Public License version 2 (GNU GPLv2).