This new version introduces two new modules: the phpfpm.pm and the unbound.pm. The first one will allow to collect PHP-FPM statistics and monitor unlimited number of sites, while the unbound.pm module will collect a lot of statistics of the Unbound running in your local server. There is not possibility to collect Unbound statistics from remote servers. In all, both modules come with a fairly complete statistic graphs.

The following are examples of these new two graphs: 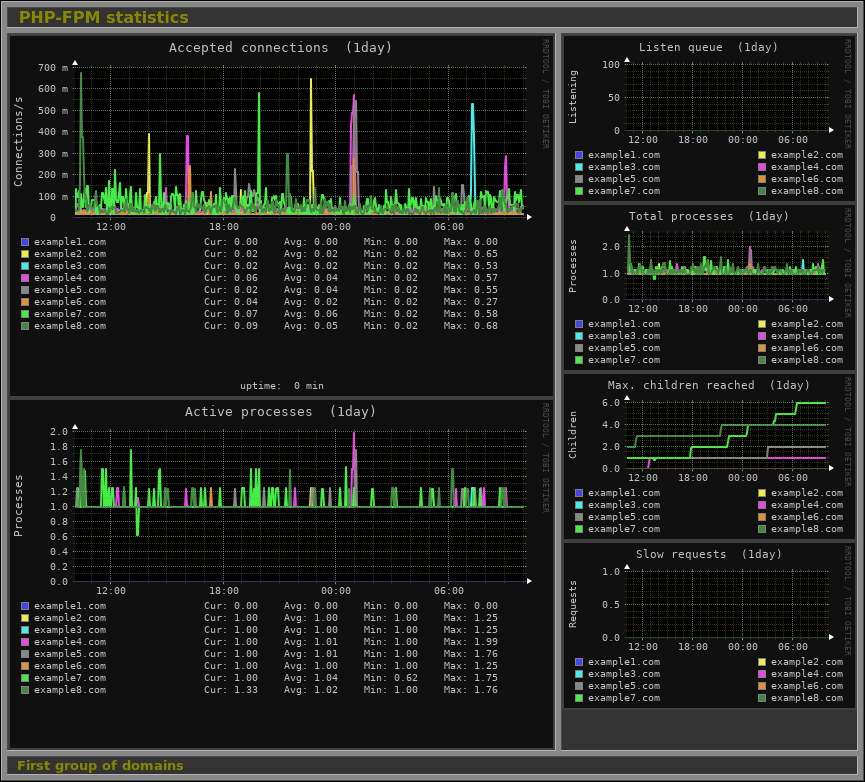 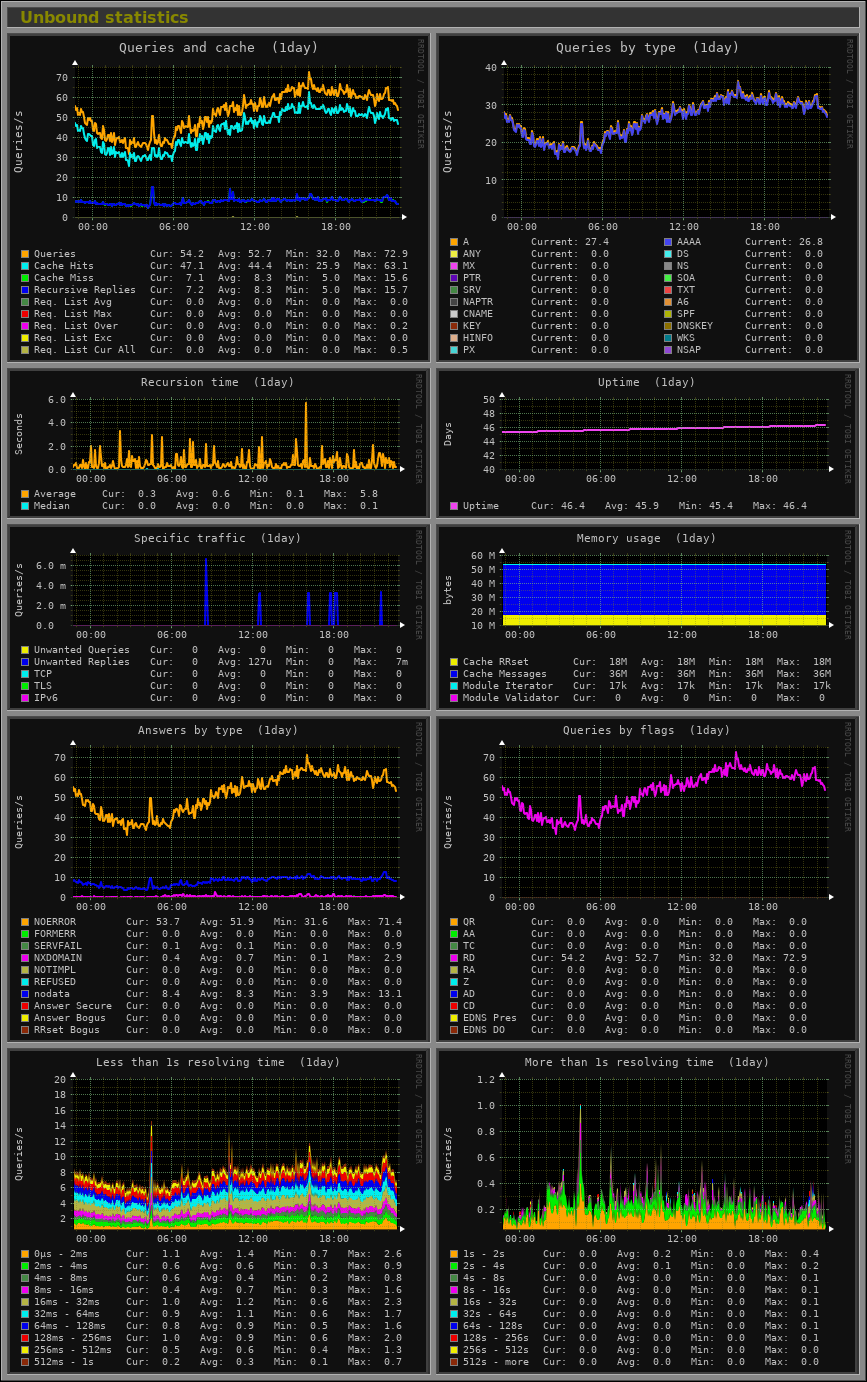 Besides these two new modules, this version includes some interesting new features. It has been finally fixed the bind.pm module to support newer versions of BIND. Now this module relies on Perl XML::LibXML to parse the output of BIND (instead of using Perl XML::Simple). Also, the gensens.pm module includes Battery as its third sensor, and there has been some improvements in the NFS graph for FreeBSD systems.

The fail2ban.pm module has also changed the way how the values are shown. From now on, you can choose between absolute and rate values, being the former the default one.

The following is an example that shows the comparison of the two modes:

The ZFS graph has also changed the way how are shown the Operations and Bandwidth graphs.

The following is an example that shows how this graph has changed in this new version:

All users still using older versions are encouraged to upgrade to this version.