This version introduces some interesting new features. A complete new graph to monitor an unlimited number of Memcached installations, a new option called max_historic_years to be able to configure how many years of historical data will be kept (up to 5 years), two new alerts in the Disk graph to control the disks health, etc.

This version also fixes the remain two issues found by Jacob Amey. The built-in HTTP server failed to adequately sanitize request strings of malicious JavaScript. By leveraging this issue, an attacker may be able to inject arbitrary cookies. The same issue could also cause arbitrary HTML and script code to be executed in a user's browser within the security context of the affected site.

The following is an example of the new Memcached graph: 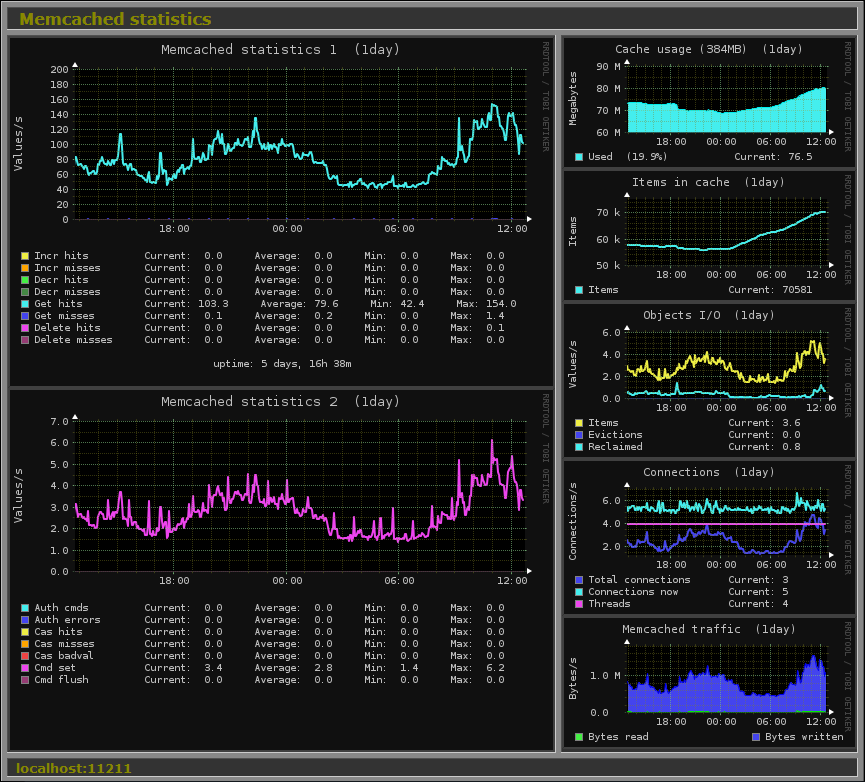 The new option max_historic_years enables the ability to have up to 5 years of historical data on each graph. Beware with this option because it will generate a new .rrd file every time its value is extended, losing completely the current historical data. Its default value is 1. The new alerts in the Disk graph will monitor two important values from the SMART system of each disk: the number of reallocated sectors (Reallocated_Sector_Ct) and the number of pending sectors (Current_Pending_Sector).

The rest of changes and bugs fixed are, as always, reflected in the Changes file. Also, check the monitorix.conf(5) man page for all the details.

All users still using older versions are advised to upgrade to this version, which resolves more security issues.