This version introduces several new major features. The first one refers to a new graph to monitor an unlimited number of BIND name servers, which includes a complete and overall state of a BIND server. Its seven nested graphs cover the most important and relevant status information which should help System Administrators to monitor it easily. This has introduced the new Perl-XML-Simple dependency.

This graph requires a BIND server with version 9.5 or higher, and in order to see all statistics provided by BIND you must configure the statistics-channels like this:

The following is an example of the new BIND graph: 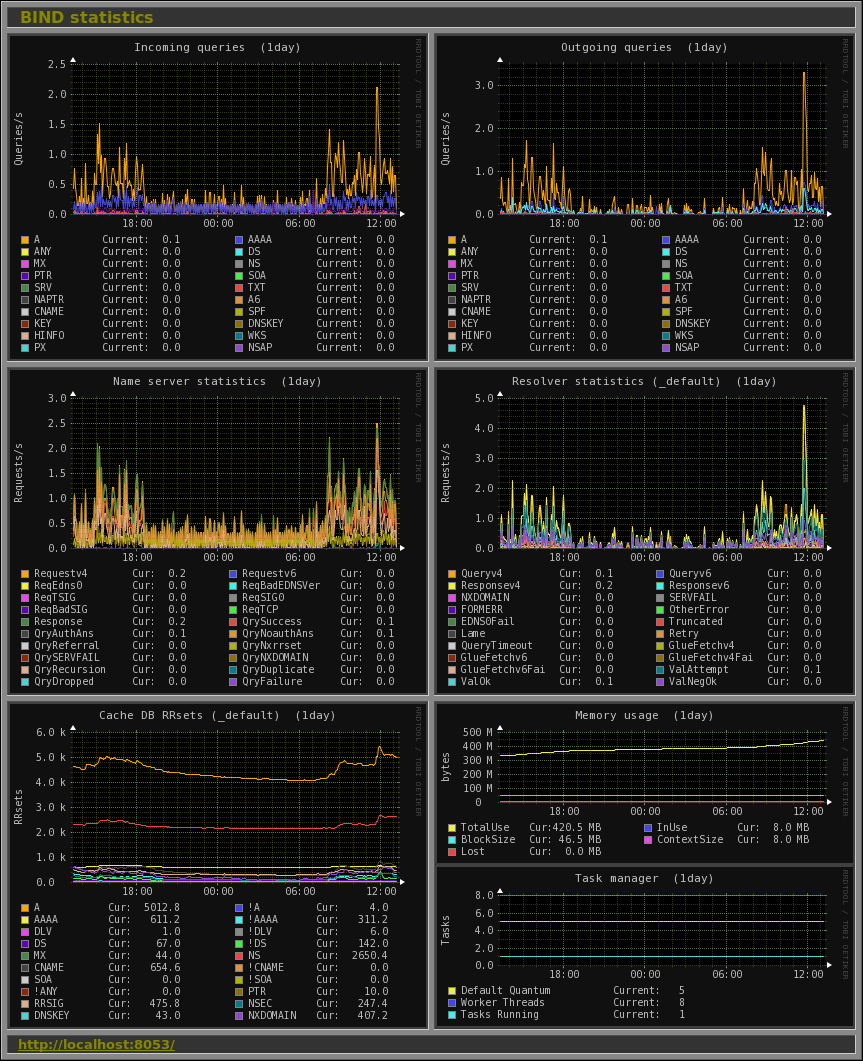 IMPORTANT NOTICE: The configuration of the Filesystem graph has changed and this will create a new fs.rrd file losing all the historical data.

Also, it includes a complete rewrite of the Disk Drive Temperatures and Health graph, which adds support to monitor unlimited disk drives.

Other graphs have also experienced some cosmetic changes, such like incrementing the thickness of the lines in some graphs with very few lines, fixing some typos, etc.

Another new major feature introduces support for NetBSD systems with almost the same level of accomplishment that Monitorix already has on OpenBSD systems. There are still some graphs with minimal or inexistent support though.

Finally but not least, it has been added support for grouping remote servers in the Multihost view. This should be specially useful on environments monitoring large number of remote servers.

IMPORTANT NOTICE: The configuration file monitorix.conf has been extended with important changes.