After more time working, I show here the latest development status of the Monitorix 2.0, and this concludes the news about its graphs:

Nothing new in this graph, only some legend adjustments.

Following the recommendation of some users, I've added a new Apache standalone graph which I hope will very useful. This graph collects data on idle and busy workers, CPU usage and requests from an Apache web server running mod_status. 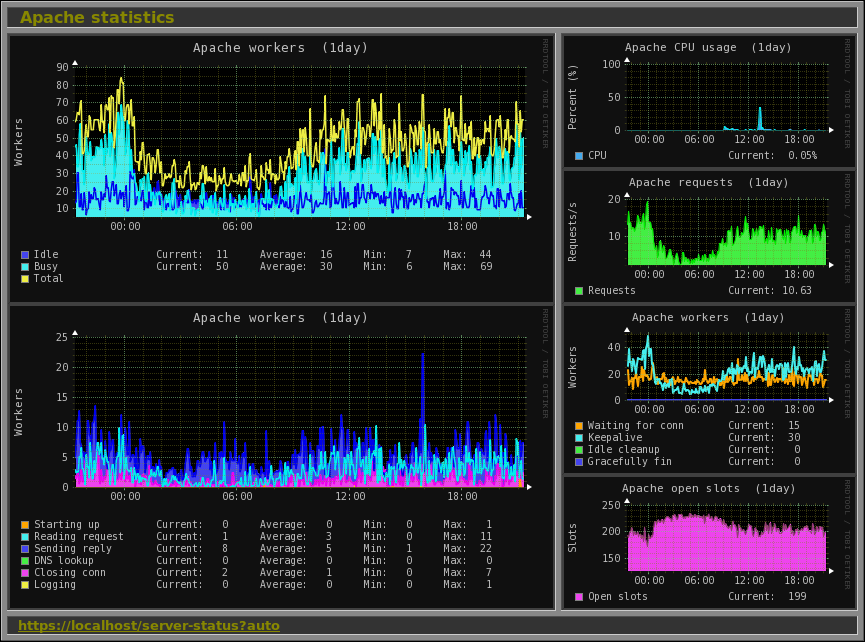 Nothing new to this graph, just fixed some bugs.

Nothing new to this graph at this moment. In the near future the interrupts will be placed on the three graphs using predefined positions.