Two months ago I started creating the new Monitorix 2.0. I'm very excited with it and I'm working hard to offer you a nicer piece of software. It is being rewriten completely and the most important change is that it no longer depends on crond for working. The new 2.0 will be a complete standalone Perl daemon. I hope this will help a lot its portability to other systems.

Because it is being rewriting completely I'm writing the new version following the current graphs order and improving them when I think it's needed. Currently I've finished some graphs, so the following is the list of new features on them:

This is the new name of the old cpu.rrd, this is a pretty complete graph so it only includes two little changes:

This one includes an important number of new features, including a new third graph that was pending to finish from the previous Monitorix 1.x branch. The new features are:

By popular demand this graph includes support for unlimited number of processors in the system (either physical or logical), with some new features: The following is a screen shot showing 16 processors using 4 graphs per row with tiny size: 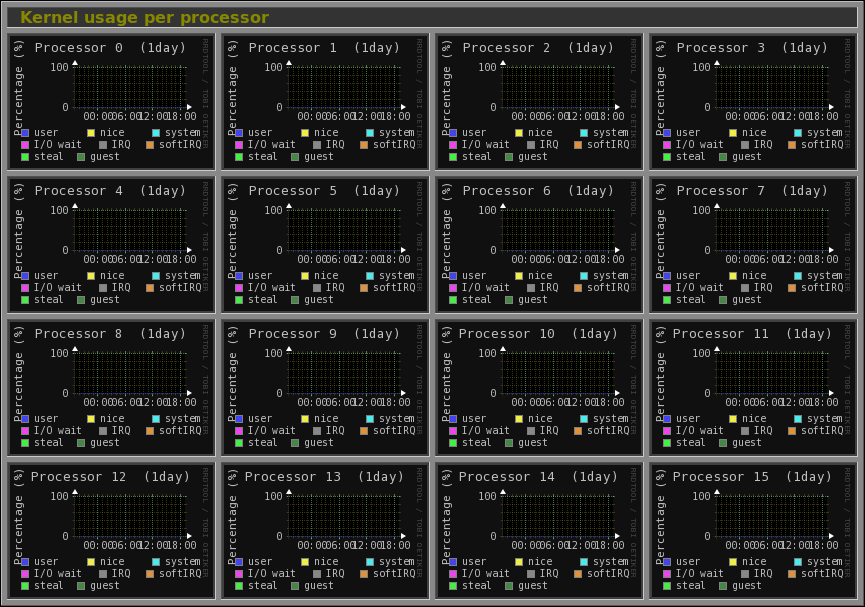 The new Monitorix 2.0 will maintain the two modes (text and graph) in order to continue its commitment with those blind people or people with vision impairments that use Screenreaders software to interact with the computer.